Brian Sewell’s art collection has sold for £3.7 million — almost double estimates — after a frenzied auction. The Standard’s celebrated critic died last September aged 84 after a battle with cancer. He worked at this newspaper for more than 30 years, but was previously an art expert at Christie’s, which hosted the sale last night. His lifetime’s collection of more than 200 works attracted bidders from 32 countries across four continents, in what auctioneers said was a testimony to his “discerning eye”. The highlight of the sell, Dido Reclining Asleep, by Michelangelo’s pupil Daniele Volterra, was sold to a museum for more than five times its £150,0000 estimate, fetching £797,000, a world record for the artist. Italian master Matthias Stomer’s 1652 oil Saint Jerome sold for £365,000 against a guide price of £100,000. A fragment of a chalk study by baroque master Agostino Ciampelli smashed the £20,000 brochure estimate, selling for a record £118,750.

There are many more beautiful objects than two frayed and faded pieces of embroidery, in the first exhibition in a lifetime at the V&A of a medieval art form in which England once led the world.

The silk has rotted leaving only the linen backing and the tarnished gold and silver thread, but the two shabby pieces, reunited after 150 years, vividly demonstrate what ultimately happened to rare surviving examples of the luxury textiles. The panel showing Jesus Christ surrounded by his apostles was chopped up by a German priest so famous for his ruthless approach to the medieval treasures that he was nicknamed Franz “Scissors” Bock. He sold half to the V&A, which later turned down the offer of his entire collection for £500, and half to a museum in Vienna, and they have remained apart until now. 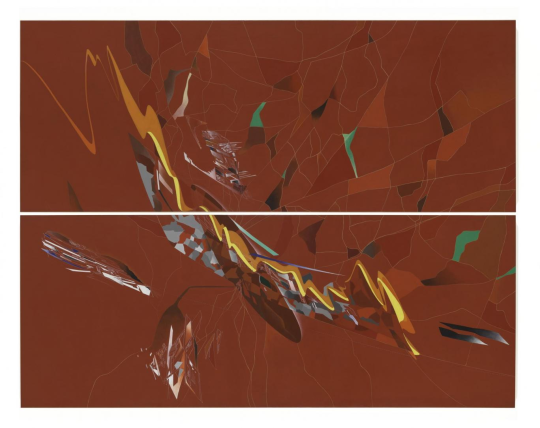 The new chief executive of the Serpentine Gallery today said a major Dame Zaha Hadid exhibition would pay homage to the late architect and “capture her spirit of discovery”. Yana Peel’s first programme since taking over from Dame Julie Peyton-Jones as chief executive will also include a collection of new works from Grayson Perry exploring what it means to be British after the Brexit vote. Peel and the Serpentine’s artistic director, Hans Ulrich Obrist, will shake up the Summer Pavilion with the appointment of architects Lord Rogers and David Adjaye to an advisory group overseeing the programme.

Never-before-seen drawings and rarely seen paintings, sculptures, installations and animated films from Dame Zaha as well as her notebooks will go on show in the retrospective, which opens in December. The architect, who designed the Serpentine Sackler Gallery, which opened in 2013, had agreed to the show just weeks before she died of a heart attack in March at the age of 65.

For six days beginning on Oct. 21, visitors to the crenelated, fortress like Park Avenue Armoury will find its 19th-century interior transformed into a light, modern setting. Translucent scrims will obscure the dark-wood lobby and second-floor period rooms, which will open to the public for the first time since their recent restoration. Muted colours will turn the Drill Room into airy galleries. There’s a message in this metamorphosis, which was commissioned for the American debut of the European Fine Art Fair, known as Tefaf. With its careful vetting of objects on display, dating from antiquity to the present, the fair is considered the most prestigious art bazaar in the world.

Tefaf’s arrival in Manhattan from its home in Maastricht, the Netherlands, is more than just another event on the cultural calendar. It’s an attempt by the fair, whose 270 exhibitors face a shrinking audience in Europe, to secure and revitalize its future. It’s a chance for dealers in historical art — Tefaf’s forte — to staunch the stampede of collectors into contemporary art and show that works of older art can look just as good in a modern setting as in a grand, classical home. And it’s a test of the global art market, which shrank to $63.8 billion in 2015, a 7 percent drop from 2014, and continues to wobble, judging by auction results, this year. “Many more people need to know what we are doing,” said Patrick van Maris, the fair’s chief executive.

But can Maastricht convert Manhattan? But Tefaf New York Fall, which hopes to attract 22,000 visitors, is still a “risky bet,” according to Jonathan T. D. Neil, director of Sotheby’s Institute of Art-Los Angeles. “There’s so much that happens in New York already,” he said. “People have access to a lot of this material on a nonstop basis.” New York, in other words, is the opposite of Maastricht, and that may not be good.