Last week’s major sales of Impressionist, Modern and Contemporary art in New York, the most important focus for the art market in the second half of the year, saw nearly $1.3 billion of art change hands. This was close to expectations, and was accompanied by a sense of relief that the US election had not upset the apple cart.

At the end of one sale, Christie’s president and auctioneer, Jussi Pylkkanen turned to his clerk with a quiet "alright" – as if he had just successfully negotiated a challenging hurdle.

After the series closed on Friday afternoon, there was a sense of confidence that will carry over to the next big event, Art Basel Miami Beach, at the end of this month. Art advisor, Rory Howard, spent close to $8 million on a cluster of works for a client including an early de Kooning drawing and a Warhol of The American Indian, each against very well informed competitors. “The market remains unshakable even under the most extreme circumstances,” he said. “The US election had no impact on the choices buyers made.” 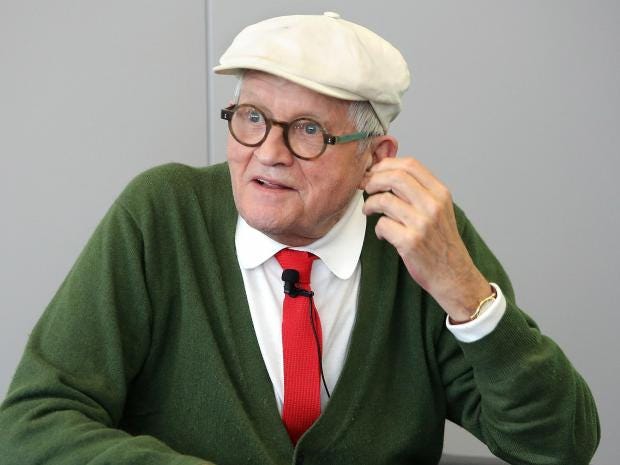 David Hockney is to design a stained glass window in Westminster Abbey to celebrate the Queen's reign. The influential British artist, who once turned down the chance to paint the monarch because he was too busy, said: “I have planned a landscape full of blossom that's a celebration every year.”

The tall 20ft by 6ft window – one of the church's few remaining clear ones – will be known as The Queen's Window and is in the north transept of the gothic Abbey. The cost is being covered by two anonymous benefactors.

Westminster Abbey said Mr Hockney would largely have artistic control, but be given guidance from the Dean and Chapter and the Westminster Abbey Fabric Commission who deal with changes to the historic building. “He's given a very elliptical hint. We're as interested as everyone else to see what he comes up with. He will have pretty much free rein because he's David Hockney,” an Abbey spokesman said. “The Queen is certainly aware of the proposal and there will be continual briefings from us.”

The window is due to be unveiled in June 2018, to coincide with the opening of the Queen's Diamond Jubilee Galleries in the Abbey's medieval triforium, which runs 70 ft above the Abbey floor.

Cash awards in the arts 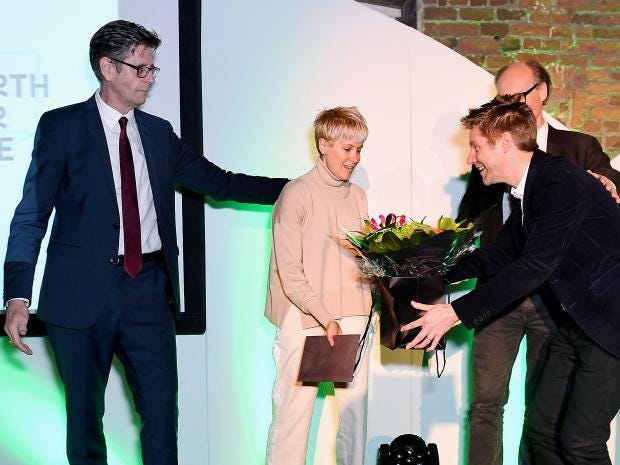 The arts love prizes. There are literally hundreds of them, for writers, movie makers, artists, dancers, musicians. And many of them come with a decent amount of cash attached. But now, the latest prize-winner has criticised the “hierarchical” nature of such prizes and pledged to share out the £30,000 award with her fellow nominees.

Helen Marten, winner of the first Hepworth Prize for Sculpture, says that “the hierarchical position of art prizes today is to a certain extent flawed. I would be very happy if they accept to share the prize among the four of us,” she told BBC Radio Four’s Front Row.

Indeed, after receiving the prize from Burberry head Christopher Bailey, she vented her existential angst about being on the winner’s podium at all. She said art was “deeply subjective”. And she told BBC Radio 5 live: “We should not be asserting a hierarchy in saying this person is a winner above and beyond anybody else. The context of the world’s political landscape is changing so drastically. Amidst that, the art world has a responsibility to uphold an umbrella of egalitarianism and democracy and openness.”

As it happens, Marten is also up for the even-better-known £25,000 Turner Prize on 6 December. So she might have the chance to tell the world what she thinks of art prizes again. And with her generous approach to distributing the winner’s prize money, her fellow nominees must be hoping that if they don’t win, she does.