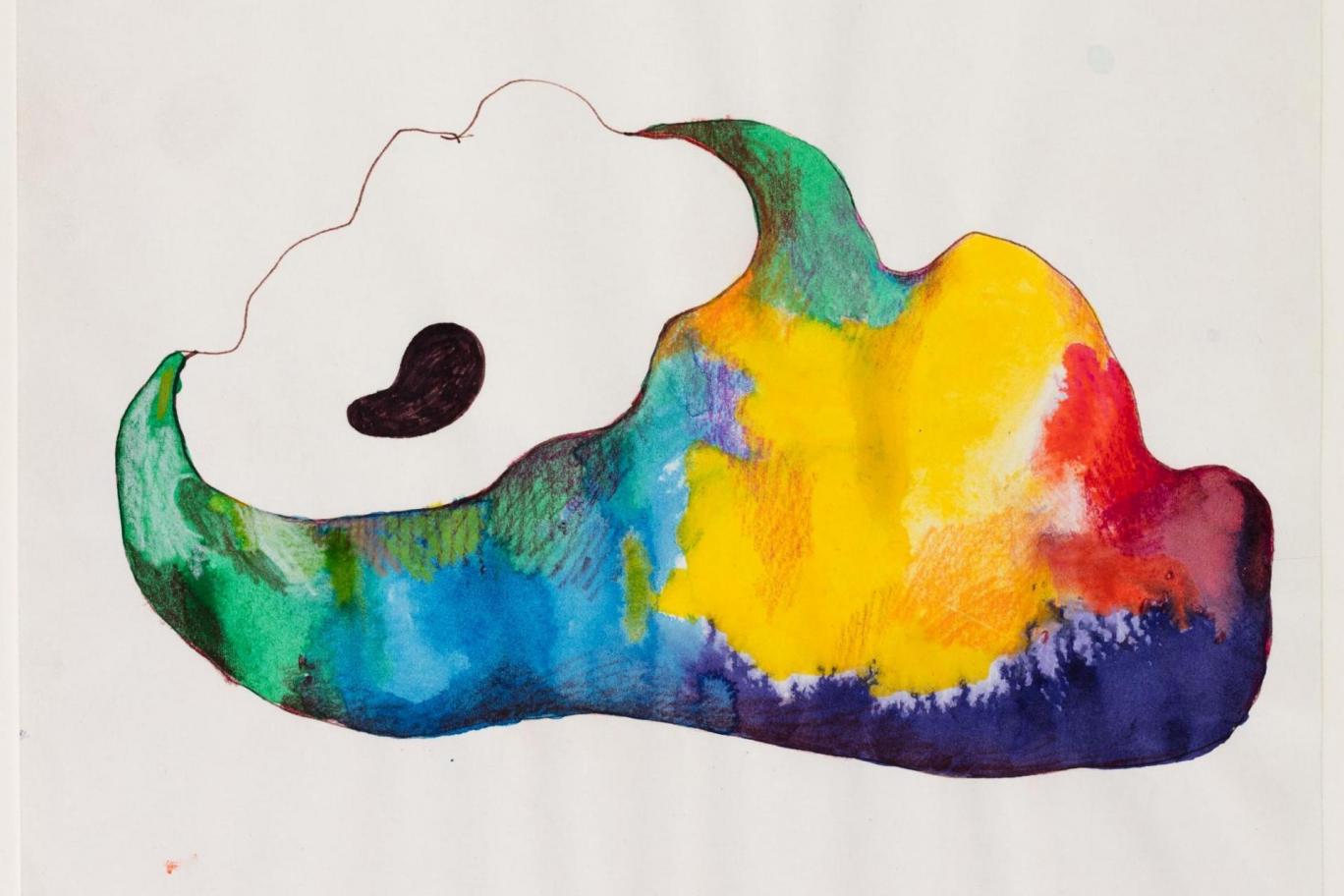 Ken Price, the Los Angeles-born ceramic artist, has barely been shown here, but Hauser & Wirth’s exhibition is a spectacular correction. The two Savile Row spaces are quite different in character: one features a pared down, stunningly sensual display of his sculptures on high wooden plinths, a mini-retrospective. In the other are smaller ceramics alongside a wealth of drawings. In both, you get a clear picture of his development.

The sculptures begin with early experiments, reflecting the influence of Japanese pottery and Fifties Abstract Expressionism. If the sculptures present the public Price, the drawings and watercolors are an entry into his private world.

Still, the cups and bowls picturing the pollution are covetable gems. He once said his work was “strictly for pleasure”; he couldn’t resist making everything he did utterly alluring.

Seeking a Fountain of Youth for Old Masters

Trying to make the old look young is one of the abiding fixations of our times.

Take the Louvre in Lens, for example. This branch of the museum, which opened in 2012 in a former coal mining town in northern France, takes a radically different approach to the presentation of historic artifacts. The Japanese architects Kazuyo Sejima and Ryue Nishizawa have created a vast silver-walled “Gallery of Time” in which visitors meander through a chronological display of free-standing objects and paintings from the Louvre’s collection, ranging from a fourth millennium B.C. Syrian terra cotta idol to Jean-Pierre Franque’s monumental 1810 painting, “Allegory of the State of France Before Napoleon’s Return From Egypt.”

“The display in a lighter, minimalist setting works fantastically well,” said Bob Haboldt, a dealer in old master pictures with premises in Paris, New York and Amsterdam. Haboldt, 61, like many people at the traditional end of the art trade, is wondering whether a fresh approach to presentation can make old masters relevant to a new generation of buyers.

Historic pictures were for centuries the market’s biggest earners, but over the last 10 years or so they have been progressively overshadowed by postwar and contemporary art.In 2005, European old masters generated $655 million of auction sales, compared with $1.6 billion for contemporary works. In 2015, old master auctions had declined to $561 million, while equivalent sales of contemporary art stood at $6.8 billion, according to the 2016 Tefaf Art Market Report.Such data makes it clear that for the old master market to thrive, let alone expand, it needs to widen its appeal. For example, Sotheby’s and Christie’s, just like the gray-walled Frieze Masters fair in Regent’s Park, have tried to update the presentation of historic paintings. Presentation remains an issue. Newcomers to today’s art world can be intimidated by the traditional combination of dark paintings on dark walls accompanied by middle-aged men in dark suits. And how many people actually live in homes with dark gray or blue walls?

Canaletto is among tycoon’s treasures

The charity set up by a secretive tycoon to make his collection of artworks public after his death has begun to share details of its treasures.

One of the highlights of the late Harry Hyams’ estate is a view of Venice by Canaletto entitled A Capriccio of the Scuola di San Marco from the Loggia of the Palazzo Grifalconi-Loredan.

Hyams, a property developer best known for having built Centre Point in central London, is thought to have acquired the large-scale work in 1994 when it was sold at Christie’s for £2.2 million. Paintings by the artist have since sold for up to £18.6 million.

The opening of Ramsbury Manor would give people a chance to see not just his paintings but his vintage sports cars, including a 1954 Bugatti Type 50. “It’s the whole house — the furniture, the carpets, everything was exquisite,” Ms Rawstron, a probate lawyer for the London firm Goodman Derrick, said.