Damien Hirst Alienated Collectors. Will His New Work Win Them Back? 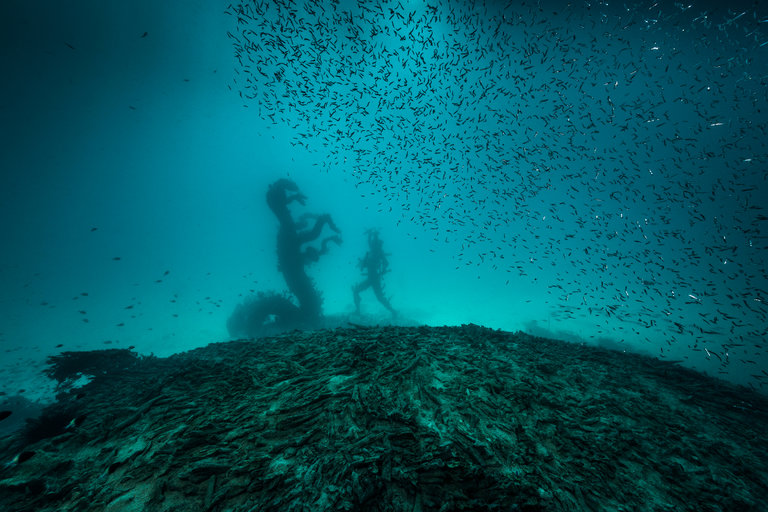 In a feature on the new Damien Hirst work to be revealed at Pinault’s Palazzo Grassi and the Punta della Dogana in Venice, Robin Pogrebin writes about the anticipation this work surrounds. ‘Treasures From the Wreck of the Unbelievable’ will be Hirst’s first work in a few years. As with any other of his previous projects, this one is being rolled out with a lot of fanfare. Potential buyers cannot view the work in person or receive images. Instead, a representative from one of the two galleries representing Hirst, visit with an iPad to flip through photographs of the work. But the question is being raised whether or not there is still a new chapter for this 90’s innovator and if collectors will give him another chance.

This is the third act in Hirst’s attempt at a comeback and his market is already showing signs of strengthening. However, the artist does have some healing left after the downward spiral his work went in since 2008. The art market is still one that prefers control and does not like chaos or confusion. We are all convinced of his exceptional talent and staying power but the real question will be whether Hirst is able to provide that stability and certainty to his works. The Telegraph writes about Sotheby’s launching a virtual reality feature in which visitors can discover four surrealist paintings. The auction house is the first to have commissioned designers to translate the original paintings into a 360 degree experience through headsets.

The technology will be used for the first time at the upcoming surrealist sale, a blink to the technology still being a bit surrealist itself? The use of this state-of-the-art technology forms part of a digital strategy to lure new, tech-savy buyers. This feature will allow potential buyers to see close-up versions of details in the painting as well as an imagined version in 60 degree view. However, the virtual reality experience is still limited to four keyworks in the sale, including Salvador Dali’s Moment de Transition and René Magritte’s Le Repas de Noces. Nigel Hilditch, director of video for Sotheby’s Europe, believes that the VR technology will add to the depth of understanding of each painting. If this trial-case proves to be successful, the auction house might decide to roll it out to other departments as well.

The last piece in today’s art in print selection provides an introduction into the complexities that surround dealing in Persian art. It recently became clear that dealers and auctioneers will have to spend more time trying to understand both American sanctions on Iran and the intricate British bank requirements as high street banks are trying to comply with the US sanctions. Because the laws regarding the sale of antiquities are complex, even the sale of goods that are vaguely associated with Iran imposes questions.

Recently, there has been a renewed focus on the importance of protecting treasures coming out of the Middle East. Artefacts that originate from those countries are protected by separate regulations while antiquities from countries that are at war are covered by a Unesco convention. These regulations often lead to complex situations where for example, the US allows the trade of Persian carpets of a certain weave and age but trade in antiques that are not carpets and other textile wall coverings are not permitted. Read more about this topic here: