A glowing tribute to Alexei Jawlensky at the Neue Galerie, New York

Ariella Budick wrote an article about Alexei Jawlensky's life and his latest retrospective on view at the Neue Galerie in New York.

Spirit of revolution: a snapshot of an important period in Russian photography Spirit of revolution: a snapshot of an important period in Russian photography

As The Royal Academy of Art’s exhibition Revolution: Russian Art 1917-1932 is closing soon, Colin Gleadell takes a closer look at the role of photography in Soviet Russia’s art. He states that while most of the reviews have focused on the paintings, he was struck by the amount of period photography there was in each room, bringing a real-life backdrop to the art works.

Nearly 25 per cent of the exhibits at the RA are photographs, and, while most of the paintings are lent by Russian museums because they had been commissioned initially by the State; the photographs, which would also have been commissioned by government agencies, have all been lent by Alex Lachmann, a Russian born former art dealer from Cologne, who is now an art adviser and collector with over 1,000 early 20th century Russian and German photographs.

Review of Mat Collishaw's exhibition at the Blain Southern Gallery 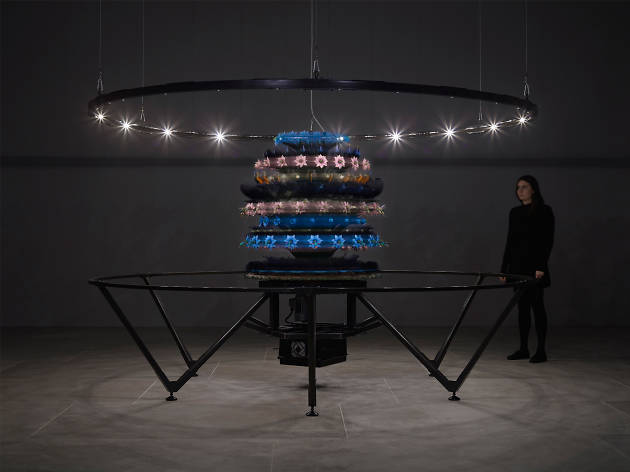 Eddy Frankel in today’s TimeOut reviews the latest Mat Collishaw’s exhibition entitled The Centrifugal Soul that runs at the Blain Southern Gallery until 27th May.

He calls the main installation a living, physical cinema, and notices that it is mesmerising, hallucinatory; and in time turning this grandiose display into a nauseating, uncomfortable visual experience. According to Frankel the feeling you get is that Collishaw is a man struggling: accepting his own vanity, but not knowing how to change it, trying to grasp at a sense of his self, but constantly losing his grip. Most people just go on a yoga retreat or buy a Ferrari, but this is a much more aesthetic way of dealing with a crisis.