City of Culture 2021: Who will follow Hull to bag multimillion-pound prize?

Eleven locations across the UK are now in competition to be named the UK City of Culture in 2021. The title will be accompanied by a year of cultural events and a potential multimillion-pound boost to the local economy.

The winner will be announced in December and will become the third holder of the title, following on from Derry in 2013 and Hull this year.

Hull’s City of Culture year, which kicked off with a massive fireworks display on 1 January, is forecast to deliver a £60 million boost to the local economy.

The contenders for the City of Culture 2021 title are: 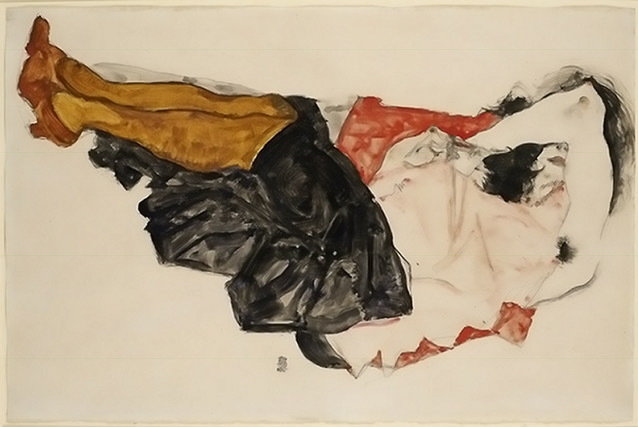 The Holocaust Expropriated Art Recovery Act (HEAR Act) was adopted unanimously by Congress in December, praised as a tool for helping heirs of Holocaust victims to recover art stolen from their families during World War II.

The heirs of Fritz Grunbaum, an Austrian Jewish entertainer, are citing the HEAR Act in efforts to claim two valuable drawings by Egon Schiele. These works are amongst 81 Schieles in Grunbaum’s 449-piece art collection. There is dispute as to whether these artworks were stolen or inventoried by the Nazis prior to Grunbaum’s deportation and subsequent death in Dachau concentration camp; some collectors, dealers and museums say that Grunbaum’s sister-in-law sold 53 of the Schieles in a legitimate transaction to a Swiss dealer in 1956.

The Grunbaum heirs, however, contend that previous claims, in both this case and others, were settled on legal technicalities and now on the merits of the argument that the art was looted by the Nazis, and that this is just the sort of case the law was enacted to address. Arguing for the legislation last year, Republican Senator Ted Cruz said the law would ensure that “claims to Nazi-confiscated art are not unfairly barred by statutes of limitations and other similar time-based nonmerits defences”.

The two Schieles now being pursued, ‘Woman in a Black Pinafore’ (1911 – below left) and ‘Woman Hiding Her Face’ (1912 – below right) were part of the aforementioned 1956 sale to the Swiss dealer. But a layer for the Grunbaum heirs argues that the circumstances of this transaction have never been fully explored and that his clients did not discover the lost works until they were noticed for sale at an art fair in 2015.

Shaggy dog story of the art that got away

The story of how Britain tried to persuade a billionaire to donate the world’s finest private collection of paintings has taken a new turn as documents suggest a lead role for a sick dog.

Newly declassified papers at the National Archives tell and intriguing tale: An attempt to secure the Thyssen collection from a Swiss collector in 1988 unravelled when the British envoy was unable to charm Baroness Carmen Thyssen-Bornemisza, a Spanish former beauty queen and fifth wife of Baron Hans Heinrich Thyssen-Bornemisza, because she was called away to her dying pet (couple pictured below).

It was not formerly known how close Britain came to winning the collection over Spain. Margaret Thatcher fought hard for the paintings after then baron expressed a wish to rehome the 1,365 works, valued at $1.2 billion by Sotheby’s, in the late 1980s.

The baronness favoured the Spanish arrangement. Robin Butler, Thatcher’s cabinet secretary and later Lord Butler of Brockwell, was dispatched to the baron’s house in Lugano. The baron was impressed with his financial offer, Butler informed Thatcher, but owing to her absence due to the sickness of her pet, he could not make such an impression on the baroness. The dog passed away days later, and the collection has been shown since 1992 at the Thyssen-Bornemisza Museum in Madrid.

The baron died in 2002. The baroness, 73, continues to take an interest in the museum, which also houses her collection. Her love of dogs is undiminished.